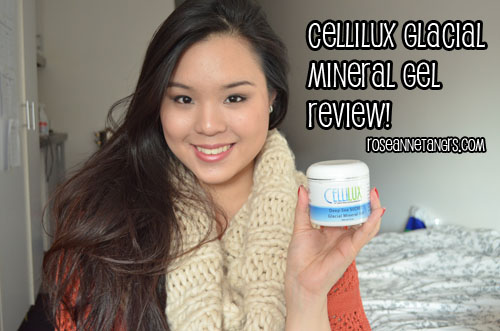 There’s just something about clay masks that makes me swoon. It might be the fact that I get to play the part of the Wicked Witch and jump out of doors scaring the daylights out of people (not that I do) or that remarkably clean feeling after you wash it off. In fact, if I were to choose between sheet masks and organic clay masks, I’d probably be caught raising my hand to that ooey gooey goodness in a jar. Today, I’ll be talking about my hands down favourite clay mask by far – the Cellilux Deep Sea Glacial Mineral Gel including my thoughts, a little tutorial, before and after pictures and a giveaway of a tub to call your own.
A few months ago, I was contacted by Life’s Miracle Asia, the distributor of Cellilux in Asia to try out a tub of this stuff. At first, I was a little skeptical because I had been disappointed by a few masks that claimed to make skin improvements but actually failed to. Yet, going to their facebook page and seeing results like this: 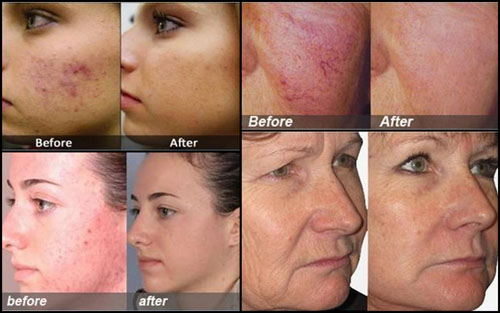 I guess you could say I was pretty sold. I agreed to review the product for a month so after a month, here’s the verdict!

But you’re probably wondering what is it? Cellilux is a skin mask, which means that not only can it be used for the face, it can be used for all parts of your body that needs a little help. I’ve been cooking heaps lately and I think I need to get help in the small burns department. I always manage to brush up against something hot and I thought why not try Cellilux on it. After applying it and waiting for about 30 mins to wash it off, the redness was totally gone and it didn’t hurt a bit. I usually have to put some antisceptic cream to prevent an infection but Cellilux totally healed it up! 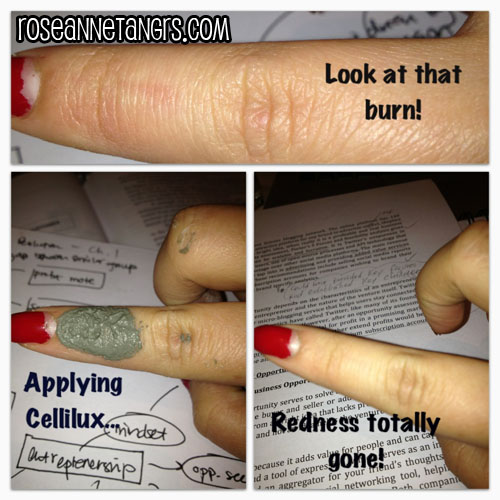 But besides being a skin mask, Cellilux can revitalize skin meaning that it brings back the glow, slow the signs of aging and improve the look of wrinkles because it tightens and firms the skin very well, removes dead skin cells as it exfoliates a bit when you wash it off, cleanses naturally being 100% natural and creates ridiculously soft skin. It is also known for treating acne, oily skin, greasy hair, insect bites and bruises. It purifies and detoxes the skin. In fact, this stuff is used in premium spas internationally, whereby just one facial with Cellilux will cost over 200 dollars. 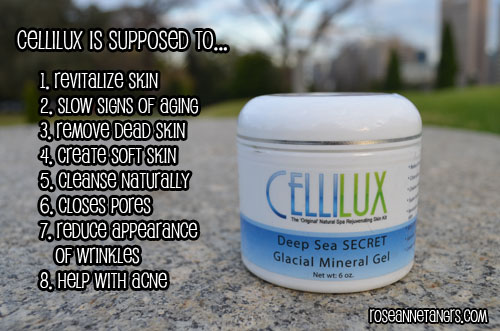 To do all that, Cellilux is actually made from Colloidal Clay, or Canadian Glacial Clay from British Columbia. You’re talking 10,000 year old clay in a jar with the same nutrients and minerals that you’re applying onto your skin. It is created below sea level and absorbs nutrients from the sea, hence the a “deep sea secret” and contains approximately 13 minerals and 26 trace minerals. The mask is known for it’s “Ion” factor meaning that it has negatively charged ions to attract positively charged ions on the skin, removing bacteria, cleaning the pores, and creating overall better blood circulation. Pure awesomeness. 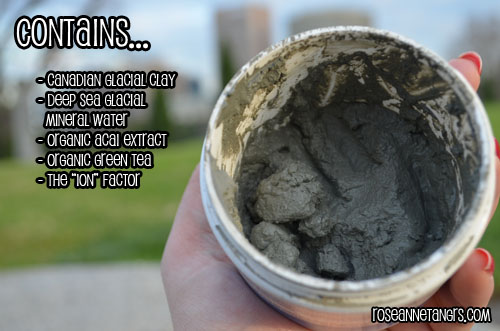 Glaciar or Glacial clay in particular means that the clay is formed in fine particles as fine as the mist on a fog bank which probably lets you in on just how fine this stuff is. It has to be like this because to be classified as “colloidal”, the particles of this material must not exceed Like, I have never felt such a texture in my life. It feels like the most luxurious gel cream, you will ever find. It’s so cool that it’s natural too. The earth is amazing. 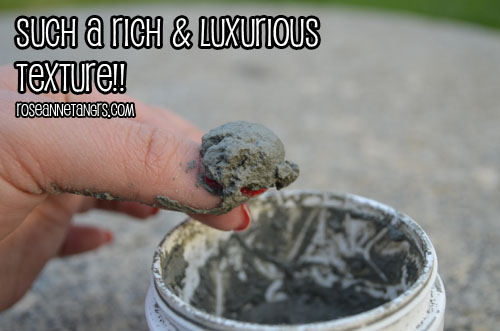 How to Apply Cellilux:
But seriously, enough of this mumbo jumbo, let’s see if this stuff works. Give you hint before hand, it really does. So, this is me a month ago. My skin looks alright, I’ve been taking care of it pretty well but you can see that it’s not perfect. Hate to point out my flaws, but I have lots of acne scars between my brows, and also on my cheek and chin. 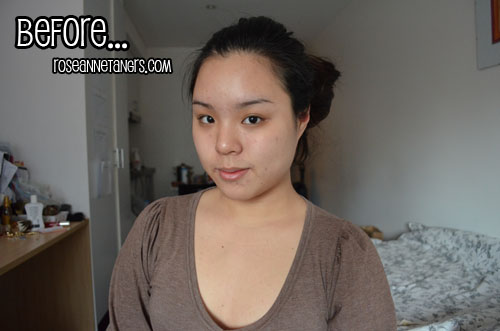 When you first apply this stuff, you will feel just how luxurious the texture is. It glides on smoothly and it’s such a cooling feeling. Nothing like 10,000 year old clay, really. It also has quite a noticeably spicy stinging sensation when you apply the mask but seriously, no pain no gain. I like products that hurt a little bit because you know it’s up to something. 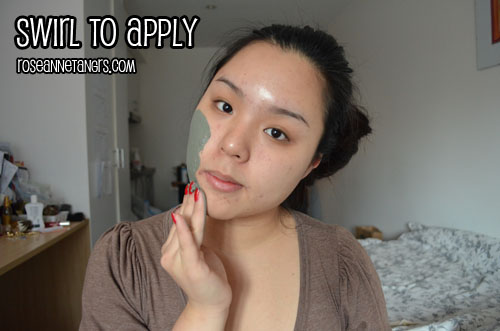 So, just swirl the mask in. A little note is that as you swirl, the mask sort of moves with you. If that’s happening, then just pat on the skin with your fingers to evenly cover your whole face. You’re supposed to be quite generous as the pot says 1/8 inch thick but it’s hard to do that since I want to make sure I savor using every last morsel. 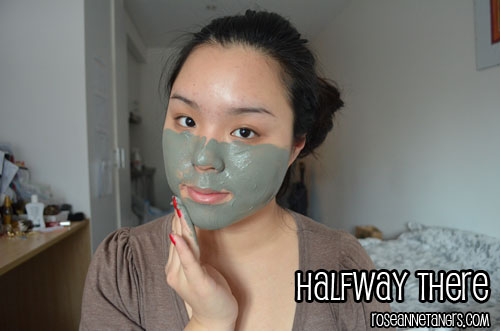 Once you’ve finished applying it, go out of the bathroom and scare people. Nah, just kidding. Wait 15 minutes or until it is totally dried on your face before washing up! Once it’s dried, you can really see all the oil spots above your pores meaning that it has absorbed the toxins. You can see them particularly on your nose. At this stage, it feels ridiculously tight. You’ll want to wash it off when it’s done. 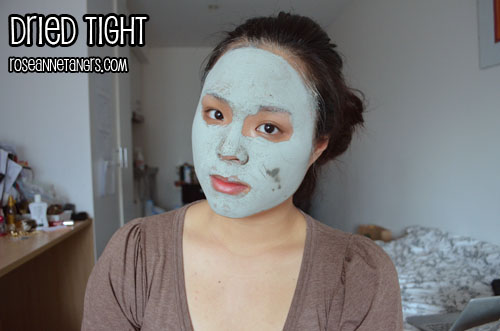 Washing off is a bit difficult, you want to “melt” the mask with the water and it rinses off much easier. My skin feels remarkably soft, like super super soft and super clean as well. That’s a first impression for you. The first time I remember  I woke up the next morning with this unexplainable glow. It wasn’t oil, it was just a sheen on my face from the mask. It was awesome! 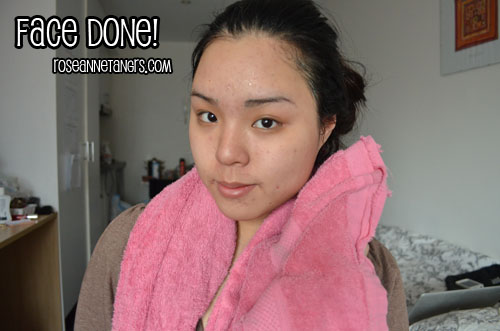 And this is me 1 Month Later…

My skin feels much softer and you can see that definitely, the skin quality has improved. I have a much better glow and my complexion looks clearer. I also noticed that I got more fair, and my skin looks more lively and less dull. I can’t say enough about this. I expected more of my acne scars to disappear but as you can see, it has done a pretty good job already! 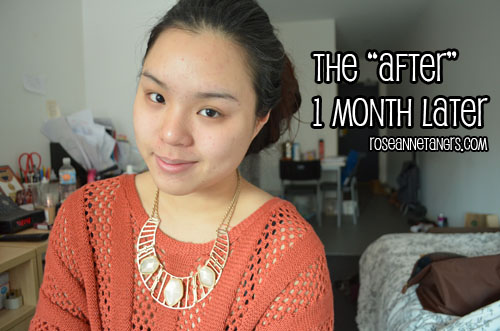 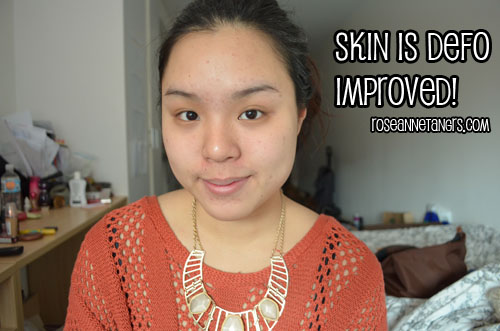 Where Do I Get it?
So there you have it, my thoughts about Cellilux! I love it, it’s a mask that actually works and I can’t say enough about it. It is however a little pricey at a usual price of $238, not too bad knowing that just one facial already has that price tag. Good thing though, Cellilux was nice enough to offer a discount to all my readers and subscribers! If you want to take advantage of that discount, go here:

They also offer trial packs though if you don’t want to get the whole jar at just $5 with that link as well! 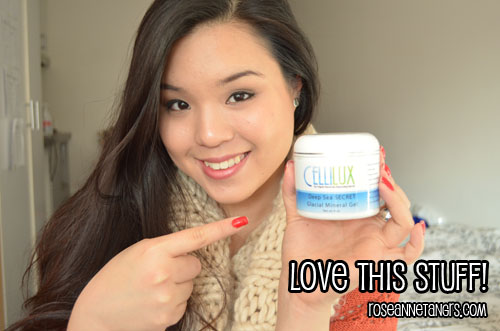 Cellilux Giveaway!
But seriously, I would be hoarding this stuff if I didn’t do a giveaway so here I am giving away a brand NEW jar of Cellilux to a lucky reader or youtube subscriber, all you have to do is…
Comment with the following:
1. Name
2. Email
3. Why you want to try this mask!
4. Where you’re from
For Example:
1. Roseanne
2. roseannetangrs@gmail.com
3. I want to try this mask to see if it can improve my skin and take away my acne scars!
4. Singapore
Do note that this giveaway will only be valid for people in Asia (Singapore, Malaysia, China, Japan, Indonesia etc.) only as the company only has distribution rights for Cellilux in Asia. This giveaway ends on July 10, 2012! 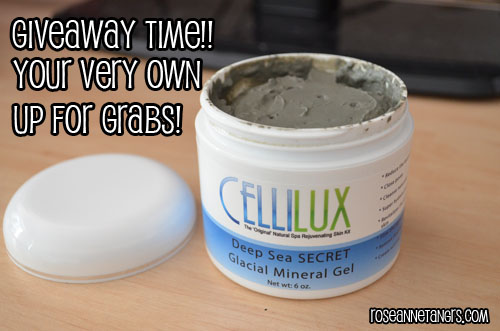 Good Luck and I hope you liked this review!